It’s tough being the King. Which is why in 1977 Elvis faked his own death and disappeared from the limelight to live a normal life. Unfortunately, leaving fame behind also meant leaving his fortune behind, too, and now Elvis finds himself broke and living in near poverty in a small apartment in Los Angeles.

I just love the concept of this book. What if…. Elvis is alive and working as a PI in Los Angeles. And whether you’re a (huge) Elvis fan like me or not, it’s a story that can be appreciated for what it is – a quirky and light-hearted tale that I don’t suppose would actually be beyond the realm of possibility if someone wanted it enough.

Weary of the pressures of his lifestyle, Elvis faked his own death in 1977 and for the last 30 some years has been living as the likeable and sarcastically witty Aaron King. Extensive reconstructive facial surgery has changed his appearance enough not to be easily recognisable although there’s still that fleeting glimmer of something that gives people a sense of familiarity.

The drastic plastic surgery was, of course, nearly foolproof. Nearly. Still, the apprehension persisted. And so what if I was found out? Would that be so bad? Probably not. After all, wouldn’t I then be able to see my baby girl again? And why should she want to see you? You faked your death, split and left her behind.

The mystery and private investigation procedure aspect of the story is realistic and moves along fairly quickly with a sometimes unpredictable and well thought out plot. Aaron King is hired to find a missing young starlet. Luckily, he’s pretty good at his job, and as he pieces everything together the trail takes him into sleazy neighbourhoods and into the more sordid aspects of human nature.

The narrative is in the first person and reading Elvis’ thoughts and feelings about living a totally different lifestyle, makes identifying with him very easy. It’s entertaining, with emotionally touching moments and a very well presented storyline which flows well. Great character development too with a distinctly unglamorous but charmingly modest and self-deprecating Mr King, who’s hooked on painkillers, likes his booze a little too much and desperately misses his daughter.

JR Rain has made this story work with a sympathetic portrayal of an ageing man who can’t completely distance himself from his previous life, especially when the Elvis legend is still very much alive and Aaron can hear his own songs played at any given moment and see people impersonating him almost anywhere. A fun and cleverly written story with great dialogue. I think this is one for the read again pile.

J.R. Rain is a mystery author living on a small island in the Pacific Northwest, in a small house, with a small dog with a big appetite. Please visit him at www.jrrain.com, Twitter and Facebook.

6 thoughts on “Elvis Has Not Left The Building” 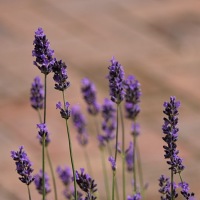