After a congressman’s tortured body is found dangling from a Portland bridge, the FBI joins the Oregon State Police to investigate the case – and FBI Special Agent Ava McLane, still recovering from a bullet wound, hunts the twisted killer alongside the man who captured her heart, police detective Mason Callahan.

Mason Callahan, a detective with the Oregon State Police, and Ava McLane, an FBI agent, are in an evolving relationship that began in the first book of the series (Vanished), and are effectively living together. Ava is recovering from the serious injury she sustained during her last case and is on temporary assignment to the Violent Crimes division. Her twin sister, Jayne, is still causing distress with her self-destructive, addictive behaviours and although it’s nothing new and Ava has tried countless times to help without success, she can’t give up on her sister.

Mason and his partner, Ray Lusco, are called out to a homicide victim hanging from the Fremont Bridge. The victim is Congressman Carson Scott. The murder of a federal official comes under the jurisdiction of the FBI so Ava and her colleague Zander Wells are called in and a task force is convened.

He could end it here. Toss his intricate plan to the wind. There was something soothing about the thought. To never worry about anything ever again. Suddenly he understood the appeal of suicide to the people who struggled; they simply wanted everything to stop. Everything. Still leaning over the edge, he raised his head and looked at Portland’s skyline. Beautiful. Colors and lights. He had no desire to end things now. He was just getting started.

When two more murders at local bridges follow in quick succession, the race is on to find the connection between the victims and the killer before he has the chance to strike again. Ava and Mason are not making much progress when Jayne makes contact with Ava, frightened for the safety of her unsavoury boyfriend. Trying to help her sister, Ava is caught up in an extremely dangerous situation. As Mason and the team desperately dig into the victims’ pasts and begin to uncover the terrible truth, the extent of the killer’s story slowly emerges. Time is running out for Ava unless Mason and the team can fit all the pieces together and reach her in time.

With a steadily built up and tension filled storyline, believable and engaging characters and a lovely romantic relationship, this is a great follow-up to Vanished. Mason intrigued me from the start, with his credible personality, cowboy hat and boots, the total opposite of his partner’s outfits. He initially kept his emotions well under control but having Ava in his life has made his world a better place.

He’d been living a dull, dry life and she was a burst of color in his black and white world.

Several passages, written extremely well, from the perspective of the killer influenced, and changed, my perception of both victims and killer. I have to admit to slight feelings of sympathy and pity towards the murderer. Terrible memories, feelings of guilt and remorse have played on his mind until, in a twisted way, he believes he’s making amends for the past. The villain isn’t stereotypical, he has a story and a reason, which makes perfect sense to him, if nobody else.

I like the growing relationship between Mason and Ava and the way the characters are developing. The narrative is a well written tale of mystery and suspense and, although I’m not always a fan of dual narrations, this worked well and both Amy McFadden and Nick Podehl give solid performances. I enjoy Kendra Elliot’s writing very much and I’ll be looking out for book three. 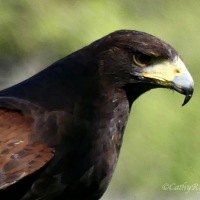 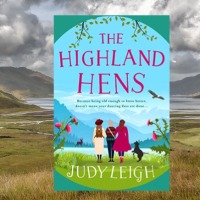