The lone gunman Three is gone. Wren is the new governor of the devastated settlement of Morningside, but there is turmoil in the city. When his life is put in danger, Wren is forced to flee Morningside until he and his retinue can determine who can be trusted.

They arrive at a border outpost to find it has been infested with Weir in greater numbers than anyone has ever seen. These lost, dangerous creatures are harbouring a terrible secret – one that will have consequences not just for Wren and his comrades but for the future of what remains of the world. New threats need new heroes….

In a post Three world, young Wren is now the governor of Morningside after the death of his father, Underdown. His mother, Cass, acts as his advisor, protector and companion. Although Wren has special abilities, and is sometimes able to ‘awaken’ Weir, including Cass and his friend Painter, he’s not equipped to deal with Morningside’s politics. It becomes clear not everyone in the Council is in favour of Wren’s governorship and his life is in danger. Following a failed murder attempt the situation escalates and Cass, Painter and Wren are forced to escape the city, along with Wren’s team of elite bodyguards, even though it means travelling the bleak wastelands between refuges and leaving themselves open to attacks by Weir.

Reaching the outpost Ninestory, they encounter Weir in huge numbers. An enormity never before witnessed. Posing an even deadlier threat, appearing quite different and much more menacing, their presence places everyone in jeopardy. More so than is apparent initially. The little group battle against impossible odds, with help from an unexpected quarter.

After the surprising and shock ending of the first book I did wonder how the second would fare without the compelling and mysterious central character that was Three. The pace is slightly slower to begin with and there’s no main focus on one particular hero. The writing however, along with the post apocalyptic world and Weir are just as compelling.

Wren is central to the story, a child who in some ways is older than his years, but nevertheless acts mainly as a boy of his age would. He has benefitted from all he learned from Three and his character does develop quite a lot towards the end of the book. The secondary characters, most especially Wren’s contingent of elite bodyguards, helped in some way to fill the void left by Three. Those passages featuring Gamble, Sky, Swoop and Wick are terrific, their interactions, dialogue and personalities, even though there’s no back story as such for them, are interesting and distinctive.

The prey turned to face the Thing. Unsurprised. Unafraid. Waited calmly. Raised its hand. The Thing leapt. It felt its claws puncture, but the instant it made contact, the Thing experienced a piercing cold that bored into the centre of its forehead and streaked through to the back of its skull. It cried out involuntarily, a static burst of while noise. The cold became white-hot behind the Thing’s eyes. A cleansing fire, like cobwebs vanishing in a flash of flame. And as the Thing fell to the ground, it remembered.

The story opens with a short but excellent prologue. Painter is quite a tragic character who invites sympathy but his personality takes a very unexpected turn towards the end, when he decides to leave and strike out on his own. The mysterious Blindfold Man of the cover image (who I initially thought was a grown up Wren) is intriguing and very powerful, not someone to be taken lightly. He appears at the beginning of the story and then again more substantially in the last few chapters. His identity is left unknown for the longest time and is a surprise when revealed. For me, the story didn’t have quite the same impact as Three, but having said that, I did enjoy it a lot and look forward to the third book, which actually could go in any direction given the ending. I’m enjoying Jay Posey’s writing style and Luke Daniels’ performance, as always, is just so good and brings out the atmosphere and emotion of the story, as well as giving the characters distinct voices and personalities.

Jay Posey is a professional typist with a face for radio and a voice for print. He’s the author of the novels THREE and MORNINGSIDE FALL, published by Angry Robot Books, and is Senior Narrative Designer at Ubisoft/Red Storm Entertainment, where he has spent many years contributing as a writer and game designer to Tom Clancy’s award-winning Ghost Recon and Rainbow Six franchises.

He blogs occasionally at jayposey.com and spends more time than he probably should hanging around Twitter as @HiJayPosey. 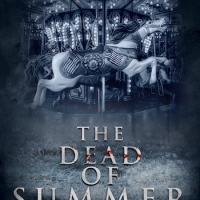