When the body of journalist Jerry Markham is found in a traditional Shetland boat, outside the house of the local public prosecutor, down at the Marina, young Detective Inspector Willow Reeves is drafted in to head up the investigation.

Despite my preference for starting a series from book one, I’m beginning with this one, which is actually book five. I’ve watched and enjoyed each season of the TV series, Shetland, and so I’m very familiar with the cast of characters. There are some differences between the two, mainly in Jimmy Perez’s looks and back story. Kenny Blyth, the narrator, is excellent and has a lovely Scottish lilt, which fits in well with the story and adds authenticity. Other accents are convincing too. The narrator of the four previous books has a middle to upper class English accent which I didn’t find engaging or appropriate for the setting.

So, on to the story. Detective Inspector Jimmy Perez is on extended leave after a personal tragedy. He’s finding it very hard to cope with much more than taking care of his step daughter, Cassie, and living from day-to-day. Jerry Markham, a Islander who left to find fame as a journalist in London, returns to Shetland with an agenda of his own and is found murdered, his body left in the Procurator Fiscal’s yoal. Rhona Laing rows with Aith women’s team but generally keeps herself aloof and isn’t particularly well liked.

Sergeant Sandy Wilson isn’t comfortable being left in charge while his boss, Jimmy Perez, eases himself slowly back into work and is even less so when he takes a call from the Fiscal. As Procurator Fiscal, it’s Rhona Laing’s job to supervise the murder investigation but, feeling compromised as she found the body, she steps down. Sandy must liaise with Inverness to get a Serious Crime Squad over to the islands. 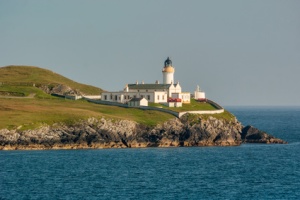 ‘I’m sorry.’ Perez shook his head. An attempt to think more clearly? Or an expression of a kind of despair? Then, after a moment, ‘It was good of you to come and let me know.’

Sandy hovered for a moment on the doorstep. The lighthouse at Raven’s Head had been lit and the beam swung across his head. He wondered if at the last moment Perez would change his mind and be tempted to drive with him up to Aith. He’d be curious, surely. Curiosity had always driven Jimmy forward to see cases through. And for a moment Perez did seem tempted.

Heading the investigation is Willow Reeves and despite himself, Jimmy is drawn into the case. It seems initially to have something to do with a story Jerry Markham discovered involving Shetlands natural resources and the decline of the oil industry but proves to be much more complex. The third person narrative works well, giving insight from several perspectives. Lots of false trails and plot twists keep things moving along and interesting. It kept me guessing and the ending was a complete surprise. 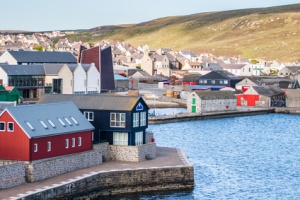 This is my first book by Ann Cleeves and I’ve downloaded the next Shetland book on the strength of it. The writing flows easily and the characters are well drawn and realistic, each with his or her own traits and flaws. The story is convincing and involved. Ann Reeves has the ability to depict the characters and the local culture extremely well. For all his moodiness, which is understandable given the circumstances, Jimmy Perez is one of my favourite protagonists, intrinsically decent, always a truth seeker, and very likeable. The picturesque setting and atmospheric descriptions invoke a strong sense of place and bring the islands to life vividly.

Ann is the author of the books behind ITV’s VERA, now in its third series, and the BBC’s SHETLAND, which will be aired in December 2012. Ann’s DI Vera Stanhope series of books is set in Northumberland and features the well loved detective along with her partner Joe Ashworth. Ann’s Shetland series bring us DI Jimmy Perez, investigating in the mysterious, dark, and beautiful Shetland Islands…

Ann grew up in the country, first in Herefordshire, then in North Devon. Her father was a village school teacher. After dropping out of university she took a number of temporary jobs – child care officer, women’s refuge leader, bird observatory cook, auxiliary coastguard – before going back to college and training to be a probation officer.

While she was cooking in the Bird Observatory on Fair Isle, she met her husband Tim, a visiting ornithologist. She was attracted less by the ornithology than the bottle of malt whisky she saw in his rucksack when she showed him his room. Soon after they married, Tim was appointed as warden of Hilbre, a tiny tidal island nature reserve in the Dee Estuary. They were the only residents, there was no mains electricity or water and access to the mainland was at low tide across the shore. If a person’s not heavily into birds – and Ann isn’t – there’s not much to do on Hilbre and that was when she started writing. Her first series of crime novels features the elderly naturalist, George Palmer-Jones. A couple of these books are seriously dreadful.

In 1987 Tim, Ann and their two daughters moved to Northumberland and the north-east provides the inspiration for many of her subsequent titles. The girls have both taken up with Geordie lads. In the autumn of 2006, Ann and Tim finally achieved their ambition of moving back to the North East.