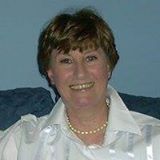 Joanna was born in the Australian outback, but grew up in Melbourne when she was adopted by her aunt and uncle. She was an only child, who knew who her biological father was but the identity of her biological mother was kept from her. She moved to England and married an architect. They live in Cornwall. In 2010 she was contacted by her sister. Unaware she had any siblings she was stunned to discover that she was one of eight children. She and her sister got to know each other and their reunion has brought joy to both of them.

Joanna’s novels are available on Amazon UK | US

Joanna’s crime novel, The Doll Collection, is about a female serial killer, who makes her murders look like accidents. Gloria committed her first murder on her 17th birthday. Her victims were her parents and younger brother. By the time she is 30 she has killed six people. When she murders someone she buys a doll. After killing her landlord she moves in with Maurice who is a shy, sensitive young man who has had a nervous breakdown. Already harassed by his unscrupulous landlord his life becomes a nightmare.

A couple and their young son burn to death in a house fire. A girl dies from a nut allergy. A woman falls under a train during the rush hour. An accountant falls down the steps to his basement. Their deaths appear to be accidents. Only Gloria knows they were murders, because she murdered them.

Each time she kills someone she buys a doll.

A shy young man who has had a nervous breakdown, advertises for a lodger to solve his financial problems. Gloria moves in. He has no idea she has already murdered six people. His life becomes a nightmare. As her character becomes more twisted, it is no longer enough to kill her victims. First she must wreck their lives and witness their suffering. 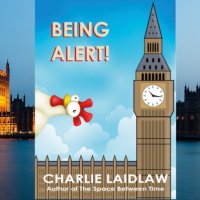