For Dr. David Beck, the loss was shattering. And every day for the past eight years, he has relived the horror of what happened. The gleaming lake. The pale moonlight. The piercing screams. The night his wife was taken. The last night he saw her alive.

Eight years ago recently married David Beck and his wife, Elizabeth, were visiting the remote lakeside cabin that holds special memories for them both. Beck’s grandfather had bought the lake and surrounding land years ago and it was the site of Beck and Elizabeth’s first kiss. They visit on their anniversary each year and add a notch under the heart carved on a tree with their initials. During a moonlight swim a vicious and seemingly unprovoked attack leaves Beck fighting for his life. Elizabeth was taken and found dead days later.

Regardless of the passing years, Beck still mourns his wife. When bodies are discovered at the scene of the crime, doubts surrounding the original investigation begin to surface and Beck is in the frame for Elizabeth’s murder. Then a mysterious, anonymous email pops up on Beck’s computer, throwing his world into turmoil.

I kept staring at the screen.

It was a cruel, sick joke. I knew that. My hands tightened into fists. I wondered what chicken-shitted son of a bitch had sent it. It was easy to be anonymous in emails – the best refuge of the techno-coward. But the thing was, very few people knew about the tree or our anniversary. The media never learned about it. Shauna knew, of course. And Linda. Elizabeth might have told her parents or uncle. But outside of that…

I was drawn into the story straight away and even from the start there was a build up of intrigue and suspense. It starts off running and doesn’t let up, with completely unexpected twists and well plotted action. Told mainly from Beck’s point of view, with the occasional shift of perspective, means the reader is almost as unaware of what’s going on as Beck.

Characters are well defined, with deftly added back stories. It was easy to sympathise with Beck. He’s been trying to rebuild his life since Elizabeth’s murder but now he doesn’t know what to believe. His life is once more on the line as he tries to discover the truth. And although some plot points seem a little contrived, they weren’t enough to spoil my enjoyment of the book. I had no idea how the plot would play out and the ending was something I hadn’t considered.

A very entertaining read, regardless of the mentioned plot points, which I found hard to put down. It’s quite an early book (2000) and perhaps reflects that, but I’m making a start and enjoying catching up with some of Harlan Coben’s back catalogue.

With over 60 million books in print worldwide, Harlan Coben’s last seven consecutive novels, MISSING YOU, SIX YEARS, STAY CLOSE, LIVE WIRE, CAUGHT, LONG LOST and HOLD TIGHT all debuted at #1 on the New York Times bestseller list and lists around the world. His books are published in 43 languages around the globe. Coben is the winner of the Edgar Award, Shamus Award and Anthony Award – the first author to win all three – and he has received an eclectic variety of honors from all over the world. His novel TELL NO ONE has been turned into a hit French film of the same name. His essays and columns have appeared in many top publications.

Harlan was born in Newark, New Jersey. He still lives in New Jersey with his wife, Anne Armstrong-Coben MD, a pediatrician, and their four children. 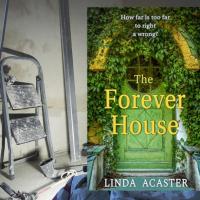 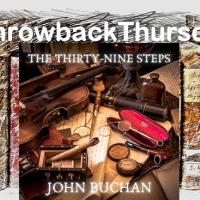 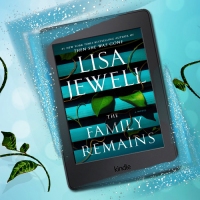 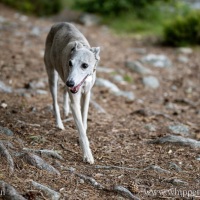