Aspiring journalist, Charlee Montague, is desperate for her big break. The story that will make people sit up and take notice, especially her ultra successful family. In the meanwhile she is an intern at the celebrity orientated What’cha magazine, owned by Sam Walker, the father of her best friend Poppy, where she is given the worst of the menial jobs.

She attends the Book of the Year Awards with Poppy, assuming she is a guest, until her boss and the bane of her life informs her she will be waitressing. So Charlee is not in the best of moods when she encounters the imaginatively named Rafael Fonseca-Ffinch, author and journalist, at the end of the evening. Their exchange isn’t exactly friendly and Charlee is amazed when she is called into Sam Walker’s office the next day and partnered with Ffinch for an undercover assignment on the beautiful Norfolk coast. She soon realises there’s much more to her task, and Ffinch, than he is letting on. And not just the fact he survived being kidnapped in Columbia and feels dreadfully sad and guilty that members of his team didn’t.

‘Puleese, spare me the reverse psychology,’ Charlee said. ‘I didn’t say I wasn’t up for the challenge,’ She could feel the assignment slipping through her fingers. ‘I simply want to know what’s involved.’

‘Worried you might be out of your league? That’s perfectly understandable. You are inexperienced, after all, but…’ Ffinch paused. Charlee knew Ffinch was playing her like a well strung violin, but she’d go along with it – for now. There was another story here, one they were keeping from her. She smiled with deceptive sweetness as a prickle of journalistic sixth sense traversed the length of her spine and almost left her feeling numb. She hid her reaction from Ffinch and Sam; she wanted them to believe she was taking their story at face value.

Charlee can’t understand why Ffinch would be interested in supermodel Anastasia Markova’s stay in a boot camp for brides. Is it something to do with her Russian fiancé? Charlee is determined to find out the truth…and gets much more than she bargained for.

All the characters are vividly drawn, including the secondary ones. I love the very amusing banter between Charlee and Ffinch and the way they spark off each other. Charlee’s prickly attitude is entirely understandable after meeting her mother and brothers. The relationships and family dynamics are built realistically and had me firmly in Charlee’s corner.

A very well written and engaging storyline with lots going on; intrigue, mystery, an undercurrent of danger, romance, likeable and rounded characters and wonderfully humorous dialogue. Not to mention the beautiful descriptions of the Norfolk coast.

Ffinch’s VW camper plays its part in the story, I always fancied having a VW camper van and wouldn’t complain at all if there was a Ffinch to go with it 😉

Take an up-for-anything reporter. Add a world-weary photo-journalist. Put them together . . . light the blue touch paper and stand well back! Posing as a bride-to-be, Charlee Montague goes undercover at a boot camp for brides in order to photograph supermodel Anastasia Markova. At Charlee’s side and posing as her fiancé, is Rafael Ffinch award winning photographer and survivor of a kidnap attempt in Columbia. He’s in no mood to cut inexperienced Charlee any slack and has made it plain that once the investigation is over, their partnership – and fake engagement – will be terminated, too. Soon Charlee has more questions than answers. What’s the real reason behind Ffinch’s interest in the boot camp? How is it connected to his kidnap in Columbia? In setting out to uncover the truth, Charlee puts herself in danger … As the investigation draws to a close, she wonders if she’ll be able to hand back the engagement ring and walk away from Rafa without a backward glance. 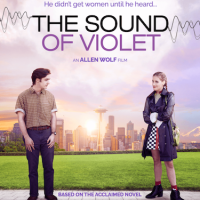