After seeing this post on Cleopatra Loves Books, I had to check out World of Books. They offer a huge selection of preloved books, most of which are quite cheap, in a range of categories, and after a quick trawl (I’ll be going back for more, I’m sure!) I bagged these…. 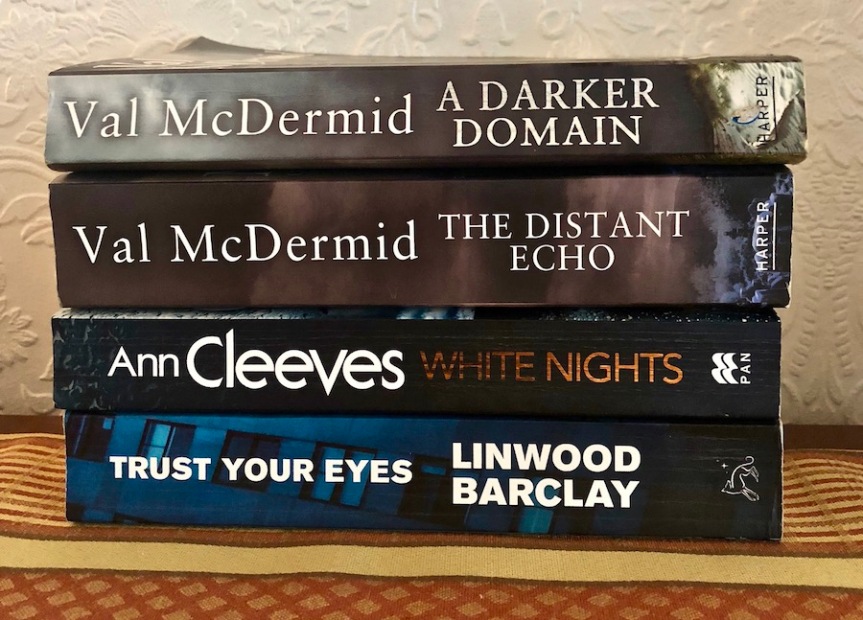 All are in pretty good condition and arrived very quickly. 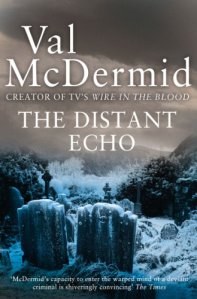 The award-winning Number One bestseller and Queen of crime fiction Val McDermid carves out a stunning psychological thriller. The past is behind them, but what’s still to come will tear them apart…

Some things just won’t let go.
The past, for instance.
That night in the cemetery.
The girl’s body in the snow.

On a freezing Fife morning four drunken students stumble upon the body of a woman in the snow. Rosie has been raped, stabbed and left for dead in an ancient Pictish cemetery. And the only suspects are the four young men now stained with her blood.

Twenty-five years ago, the daughter of the richest man in Scotland and her baby son were kidnapped and held to ransom. But Catriona Grant ended up dead and little Adam’s fate has remained a mystery ever since. When a new clue is discovered in a deserted Tuscan villa – along with grisly evidence of a recent murder – cold case expert DI Karen Pirie is assigned to follow the trail.

She’s already working a case from the same year. During the Miners’ Strike of 1984, pit worker Mick Prentice vanished. He was presumed to have broken ranks and fled south with other ‘scabs’… but Karen finds that the reported events of that night don’t add up. Where did he really go? And is there a link to the Grant mystery?

The truth is stranger – and far darker – than fiction.

When Shetland detective Jimmy Perez finds a body in a hut used by fishermen it seems to be a straightforward case of suicide. He recognizes the victim – a stranger with amnesia who had disrupted a local party the night before his death.

Yet this is no desperate act of anguish, but the work of a cold and calculating killer. As Perez investigates, he finds himself mired in the hidden secrets of the small Biddista community. Then another body is found.

Perez knows he must break the cycle before another death occurs. But this is a crazy time of year when night blurs into day and nothing is quite as it seems . . .

Map-obsessed Thomas spends his days and nights on a virtual tour of the world through his computer screen, believing he must store the details of every town and city in his head.

Then one day, while surfing a street view program, he sees something that shouldn’t be there: a woman being murdered behind a window on a New York street.

When Thomas tells his brother Ray what he has witnessed, Ray humours him with a half-hearted investigation – until he realises Thomas may have stumbled onto a deadly conspiracy, which puts them both in danger . . .