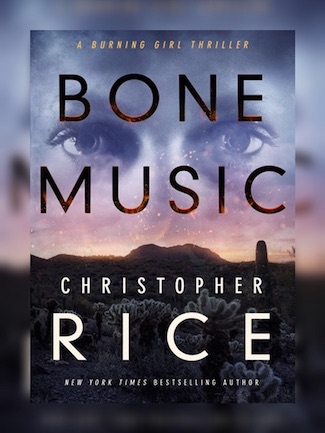 Charlotte Rowe spent the first seven years of her life in the hands of the only parents she knew—a pair of serial killers who murdered her mother and tried to shape Charlotte in their own twisted image.  If only the nightmare had ended when she was rescued.

Trina Pierce was abducted as a baby and spent her first seven years with the killer couple who murdered her mother. They wanted to ‘train’ her to be just like them. After she was rescued from the clutches of the serial killers, Abigail and Daniel Banning, her nightmare should have ended, but her father saw fit to exploit her experience, through the tabloid press and the movie industry. That, together with a weird stalker who admired the Banning’s, gave Trina the incentive to escape and detach herself from everything her life had been and had become by going to live with her grandmother.

Now, as Charlotte Rowe, she lives in seclusion in the Arizona desert, working from home and seeing Dylan Thorpe, her therapist, on a regular basis. Dylan however has his own agenda and tricks her into taking what she believes is a new drug to calm her anxieties. The effect is mind-blowing and once more Charlotte’s world spins out of control, leaving her with a whole set of frighteningly different problems.

There’s a loud thud. The Escape’s roof gives her scalp a sudden kiss. The top half of the giant cactus has fallen onto her hissing SUV.

She feels as if she’s belly flopped into a swimming pool. The car crash has left her with a rash of tingles across her flesh and dull aches here and there. But it should be worse. Much worse given the state of the car and the fact she was bounced around like a rag doll. The music in her bones has grown more intense, as if the trauma of the accident licked up the tempo. Whatever this thing is that’s happening to her, it’s hooked to adrenaline. But that can’t be the only explanation.

There are multiple story lines, including that of Graydon Pharmaceuticals, a drug company illegally testing experimental drugs, all meshing together as the narrative progresses. I had no preconceptions about the book as Bone Music is my introduction to Christopher Rice’s writing and I enjoyed it very much. Short chapters keep up the fast pace, with solid characters who are developed and fleshed out extremely well. Even as belief had to be suspended slightly a time or two, still the basic concept of the story is an intriguing and could really happen scenario.

Mostly told from Charlotte’s point of view. but with several others included as well, the narrative completely held my interest. The characters are complex and well defined, Charlotte has a small circle of engaging friends backing her up, and the difference between the good and bad is distinct. The concise backstories for the characters show the reasoning behind their actions and responses, whether justified or not. Apart from the happy and normal time she spent living with her grandmother, Charlotte has endured much and been exploited all her life, so to see her turn the tables was very satisfying. It’s an fascinating story, with a worthy protagonist, which ends leaving threads to be picked up in the next book.

I chose to read and review Bone Music courtesy of Katie at LittleBird Publicity and based on an advance reader copy supplied by NetGalley and the author/publisher.

By the age of 30, Christopher Rice had published four New York Times bestselling thrillers, received a Lambda Literary Award and been declared one of People Magazine’s Sexiest Men Alive. His two novels of dark supernatural suspense, THE HEAVENS RISE and THE VINES, were both finalists for the Bram Stoker Award. He recently entered the erotic romance genre with three works in all new series called The Desire Exchange. They include THE FLAME, THE SURRENDER GATE and KISS THE FLAME.. His debut novel, A DENSITY OF SOULS, was published when the author was just 22 years old. A controversial and overnight bestseller, it was greeted with a landslide of media attention, much of it devoted to the fact that Christopher is the son of famed vampire chronicler, Anne Rice. Together with his best friend, New York Times bestselling novelist Eric Shaw Quinn, Christopher launched his own Internet radio show. THE DINNER PARTY SHOW WITH CHRISTOPHER RICE & ERIC SHAW QUINN Every episode is available for free download from the site’s show archive or on iTunes. Subscribe to The Dinner Party Show’s You Tube channel to get all of their newest content in 2016. 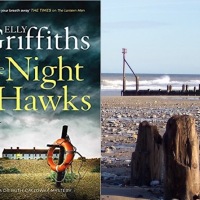 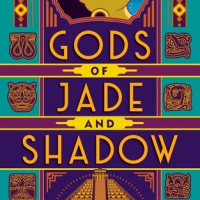