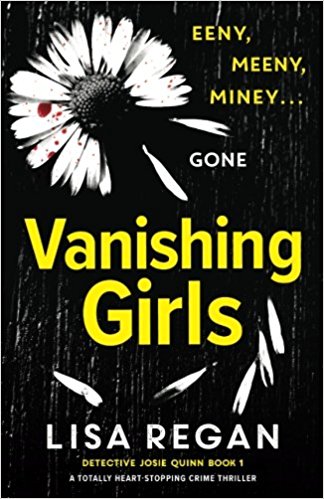 She was close enough to see that the girl had written a word on the wall in bright, warm red blood. Not a word, actually. A name…

Everyone in the small American town of Denton is searching for Isabelle Coleman, a missing seventeen-year-old girl. All they’ve found so far is her phone and another girl they didn’t even know was missing.

She’s not one to sit back and let things play out in their own time, however, and is desperate to help with the disappearance and possible abduction of seventeen year old Isabelle Coleman. Her estranged husband, Ray, is also on the force and Josie tries her best to gain insight and information from him, as well as the new man in her life, hoping to earn some brownie points with the chief of police if she manages to uncover a lead.

When Josie has a near miss with a bullet-riddled SUV and a another girl is found, extremely traumatised and unresponsive, too many questions are raised for Josie’s liking. The investigation seems to be getting nowhere fast so she begins to make her own enquiries, despite the pressure to stay away from the case. She discovers yet another woman who had been abducted then dumped on the side of road a couple of weeks later. Her story was deemed to be a hoax. But, after speaking to the victim, Josie doesn’t believe it.

Lisa Regan has created a protagonist who, initially, I didn’t warm to even though she’s tough, direct and efficient with a strong moral sense. She’s an interesting and complicated character, very confident in her abilities as a detective while at the same time having quite a mixed up personal life and a traumatic backstory which haunts her.

Josie resisted the urge to have more shots before she left Sandman’s. All the talk about June’s horrific childhood had agitated some of Josie’s own demons–black, amorphous ghosts that lay dormant until disturbed and then threaten to suffocate her.Too much had happened that day, too much had been said. They’d been summoned, and now she felt them swirling around her, pulling her under like a rip current, carrying her off to a dark, fathomless sea. Her limbs dragged as she walked back to her vehicle.

It’s a complex plot which becomes more involved and pacy as the story progresses and, at the same time revealing more of Josie’s backstory, making her a more sympathetic character. Her grandmother, Lisette, is a favourite, and although she doesn’t feature hugely, her role in the story is significant. The balance between the investigation and the characters’ stories works well. Several short passages are told from the perspective of a captive, or captives, which adds to the tension and horror of the situation. Denton is rife with corruption and as Josie begins to uncover the depth of deception and lies, getting closer and closer to the truth, her life and the lives of those she cares about are put in danger.

All in all I enjoyed reading Vanishing Girls, despite some slight suspension of belief at times. Josie has a lot of mileage in her, and I like the small town setting. It’s a great start to a new series. Hopefully on to book two very soon.

Lisa Regan is a suspense novelist. She has a Bachelor’s Degree in English and Master of Education Degree from Bloomsburg University. She lives in Philadelphia with her husband and daughter. 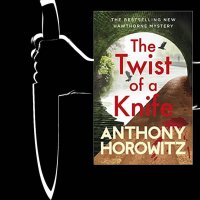