FBI special agent Mercy Kilpatrick has been waiting her whole life for disaster to strike. A prepper since childhood, Mercy grew up living off the land—and off the grid—in rural Eagle’s Nest, Oregon. Until a shocking tragedy tore her family apart and forced her to leave home.

Mercy Kilpatrick returns to her home town of Eagle’s Nest, a small rural town in Oregon, fifteen years after she fled the fallout from several disastrous events. She hasn’t seen or spoken to her family since then.

Now a special agent with the FBI she has been sent to Eagle’s Nest with fellow agent, Eddie Peterson, to help the local police force in their investigation of a spate of murders. Someone has been targeting the community of preppers and stock piling stolen weapons in what could be the preparation for a domestic terrorism event.

Eagle’s Nest Police Chief Truman Daly has a vested interest in the murders, his uncle was one of the victims. Truman didn’t grow up in Eagle’s Nest but spent several summers with his uncle, so he knows many of the townspeople. Nevertheless, it’s taking time for him to be completely accepted.

“As a summer visitor, you’d still be an outsider,’ she stated. “The town would welcome you, but you wouldn’t be privy to their secrets. You’d only see what they wanted you to see.”

His brown gaze narrowed on hers. “You think so?” His tone implied she had no idea what she was talking about.

She shrugged. “I grew up in a small town. I know the mentality. It takes a couple of decades and lots of family roots to be allowed into the inner circles.”

Truman and Mercy join forces and in the course of the investigation it becomes apparent there are similarities to past attacks, and the recent murders have echoes from the past.

I’ve enjoyed Kendra Elliot’s books previously and this was no exception. The protagonists’ intriguing backstories are woven into the twisty plot line, connecting the dots until a picture begins to emerge, with plausible trails leading the reader in various directions. Both Mercy and Truman are trying to come to terms with their pasts, the damage done and events that have shaped them, bringing them to where they are. Due to her upbringing and reason for leaving town, especially as it would have implications regarding her job, Mercy is wary of Truman and reluctant to let herself trust. Truman realises Mercy is a survivalist, despite her attempts to hide it, and almost against her will a bond begins to build between them. He, on the other hand, has no such reservations and is attracted to Mercy almost from the start. Having said that, the romance aspect is very much in the background and doesn’t overwhelm the main storyline.

The story flow is smooth, with a well crafted plot and rounded, believable characters. Mercy and Truman are both likeable, although Truman is more relatable. His level-headed and easy going personality is a good foil for Mercy’s more edgy and complex one. Mercy’s story is drip fed as the story unfolds, which makes her more sympathetic. I enjoyed the prepper aspect, which adds an extra layer to the narrative. It was interesting to learn more about their way of thinking and community, which is still male dominated, and the lengths they go to in preparation for a major disaster. Kendra Elliot also paints a vivid picture of the area. Looking forward to the next instalment.

An Amazon #1 selling author, Kendra Elliot has sold over 4 million books. She grew up in the lush Pacific Northwest and still lives there with her husband, three daughters, two cats, and a Pomeranian. She’s fascinated with forensics, refuses to eat anything green, and dreams of living every day in flip flops.

The CALLAHAN & McLANE novels are a spin-off of the Bone Secrets books. VANISHED, BRIDGED, SPIRALED, and TARGETED.

The MERCY KILPATRICK series, a spin-off of the CALLAHAN & McLANE series, A MERCIFUL DEATH, A MERCIFUL TRUTH, and A MERCIFUL SECRET. 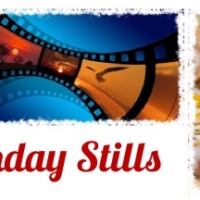