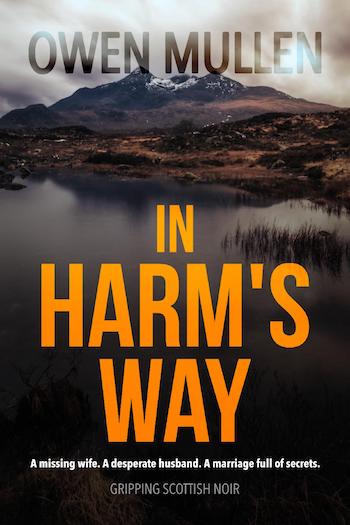 What if you were being stalked and no one believed you?

What if you were abducted in broad daylight?

What if you were chained to a bed and held captive in a cellar?

What if your wife went out at night and wouldn’t say where she was going?

What if she admitted she had a lover?

What if you came home one day and discovered she’d left?

What if a woman with an alcohol problem disappeared?

What if there was no evidence of a crime?

What if her brother asked you to help?

In Glasgow, DI Andrew Geddes put the case to the top of his list.

What if someone you loved was in harm’s way?

Mackenzie and Derek Crawford’s marriage is in trouble. She’s an alcoholic and seems able to antagonise everyone without too much effort, he’s twenty years older and gives her everything money can buy. She’s threatening to leave him but she’s said it many times before. Adele and Gavin, Mackenzie’s brother and sister, have their own family problems and haven’t much time for their spoiled younger sister.

There’s a slow build up initially, giving an insight into the dynamics of the three dysfunctional families and the misconceptions that ultimately lead to a horrendous ordeal. Initially I wasn’t taken by any of the characters, but as they began to develop one or two redeemed themselves. Mackenzie is a very troubled young woman, made more so by the disturbing feelings and flashbacks she experiences after the latest of her drunken outbursts.

A barking dog or a car backfiring had woken her – Mackenzie wasn’t sure which – but part of her wished she’d died in her sleep. Her whole life was a mess.

The short prologue sets the scene and we know straight away something horrible is being planned. After a disastrous get together for Adele’s birthday it seems Mackenzie has made good on her threat to leave her husband. But the question is, has she left of her own accord or has something more sinister occurred. When Mackenzie claimed she was being stalked no-one believed her, putting it down to what they classed as her drama queen tendencies, and so when she disappears it’s generally assumed she’s gone off with the lover she admitted to having.

He wouldn’t know where she was. Nobody would know.

She writhed, kicking and struggling to free herself, driven by fear, almost choking on it, sobbing like a child.

I’ve read and enjoyed Owen Mullen’s previous works and his easy to read, well written style continues. It was a nice surprise to see DI Andrew Geddes, one of my favourite characters from the Charlie Cameron series, brought into the investigation. The layers of resentment, dissatisfaction and even jealousy are peeled away as Mackenzie’s siblings and their partners discuss and argue over her marriage and behaviour. So many emotions have been simmering away under the surface. As the tension and suspense increase so does the drama. The plot is dark and Mackenzie’s ordeal is terrifying, the scenes are graphic, written very realistically. The character driven narrative has some unexpected and shocking twists, particularly at the end. Gavin’s input in the search is a great touch and adds to the story.

I chose to read and review In Harm’s Way based on a digital copy of the book supplied by the author. 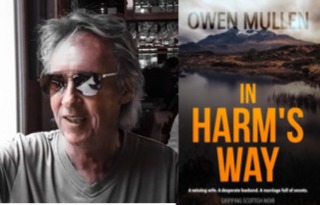 Owen Mullen is a McIlvanney Crime Book Of The Year
long-listed novelist.
And So It Began earned a coveted Sunday Times Crime Club ⭐Star Pick.

Owen Mullen graduated from Strathclyde University, moved to London and worked as a rock musician, session singer and songwriter, and had a hit record in Japan with a band he refuses to name; Owen still loves to perform on occasion. His great love for travel has taken him on many adventures from the Amazon and Africa to the colourful continent of India and Nepal. A gregarious recluse, he and his wife, Christine, split their time between Glasgow, and their home away from home in the Greek Islands where the Charlie Cameron and Delaney series’, and the In Harm’s Way psychological thriller were created. 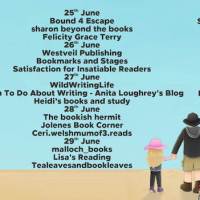 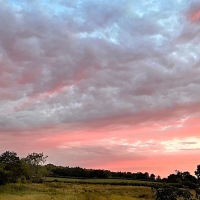 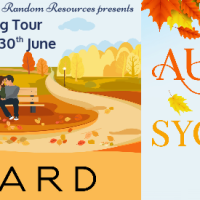 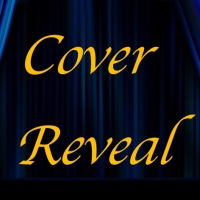 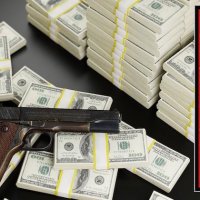 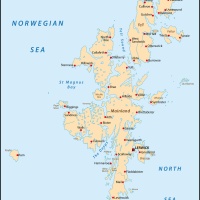 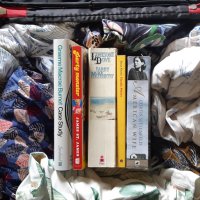 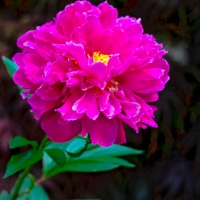 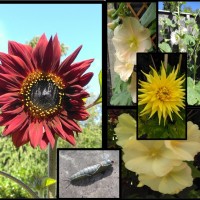 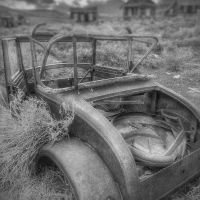