I’m delighted to be joining the blog tour for The Body in Belair Park, organised by Rachel’s Random Resources.

Beth Haldane is on the verge of having everything she’s ever wanted. Her son is starting secondary school, her personal life seems to have settled down – even her pets are getting on. But then the phone rings.

It’s Beth’s high maintenance mother, Wendy, with terrible news. Her bridge partner, Alfie Pole, has died suddenly. While Beth, and most of Dulwich, is convinced that Alfie has pegged out from exhaustion, thanks to playing with Wendy for years, Beth’s mother is certain that there is foul play afoot.

Before she knows it, Beth is plunged into her most complicated mystery yet, involving the Dulwich Bridge Club, allotment holders, the Dulwich Open Garden set and, of course, her long-suffering boyfriend, Metropolitan Police Detective Inspector Harry York. The case stirs up old wounds which are much closer to home than Beth would like. Can she come up trumps in time to stop the culprit striking again – or does the murderer hold the winning hand this time?

Beth Haldane’s dream of her son Ben attending Wyatt’s, the prestigious Dulwich secondary school, had come true. It had been her reason for staying in the expensive area after she had been widowed and now, here she was battling the crush of parents in the last minute rush to buy new shoes for their offspring. Nevertheless, her life seems to be working out nicely. She and DI Harry York have settled into a relationship and now her goal for Ben had been realised she supposed she should concentrate on her role as archivist, detailing her plan for the biography of Sir Thomas Wyatt, the founder of the school. But before Beth could even get her thoughts in order another mystery presents itself via a distraught phone call from her mother.

‘…And then I found the body,’ Wendy wailed in her ear. Wait, what? Had her mother really said that?

Alfie Pole had been Beth’s mother’s Bridge partner for years and she’s convinced his death was not through natural causes. Against her better judgement Beth finds herself investigating what she believes is probably a death from natural causes to placate her mother, while partnering her mother at the Bridge club. It was an eye opener. Who knew there was such stringent rules and rivalry in a genteel Bridge club. Beth is also distracted about Ben not being very communicative about his new school, friends and homework, and worries about how he’s coping. Then things become more personal for Beth and although Harry tells Beth to stay out of it and let him do the investigating, she can’t help herself.

Another fun cosy mystery with a definite satirical slant to the prose and humorous observations of Dulwich life and residents. A little slow to start, with the explanations of Bridge rules, but the pace picked up fairly quickly. Although Dulwich is an area of London, the village/small community feel comes across extremely well with all the accompanying tensions, eccentricities and conflicts. Beth is a very relatable character, her life is full on with single parenthood, her work at Wyatt’s, looking after a newly acquired rescue dog and the mysteries that she’s unintentionally drawn into. She hardly has time to draw a breath and may possibly be about to acquire something else besides a dog….we’ll have to wait and see!

I chose to read and review The Body in Belair Park based on a digital copy of the book kindly supplied by the author via Rachel’s Random Resources.

*Terms and Conditions –US and UK entries welcome.  Please enter using the Rafflecopter box below.  The winner will be selected at random via Rafflecopter from all valid entries and will be notified by Twitter and/or email. If no response is received within 7 days then I reserve the right to select an alternative winner. Open to all entrants aged 18 or over.  Any personal data given as part of the competition entry is used for this purpose only and will not be shared with third parties, with the exception of the winners’ information. This will passed to the giveaway organiser and used only for fulfilment of the prize, after which time I will delete the data.  I am not responsible for despatch or delivery of the prize.

Before turning to crime, Alice Castle was a UK newspaper journalist for The Daily Express, The Times and The Daily Telegraph. Her first book, Hot Chocolate, set in Brussels and London, was a European hit and sold out in two weeks. Death in Dulwich was published in September 2017 and has been a number one best-seller in the UK, US, France, Spain and Germany. A sequel, The Girl in the Gallery was published in December 2017 to critical acclaim and also hit the number one spot. Calamity in Camberwell, the third book in the London Murder Mystery series, was published in August 2018, with Homicide in Herne Hill following in October 2018. Revenge on the Rye came out in December 2018. The Body in Belair Park will be published on 25th June 2019. Alice is currently working on the seventh London Murder Mystery adventure, The Slayings in Sydenham. Once again, it will feature Beth Haldane and DI Harry York.

Alice lives in south London and is married with two children, two step-children and two cats. 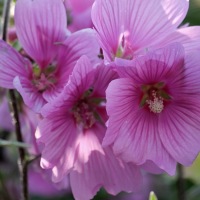