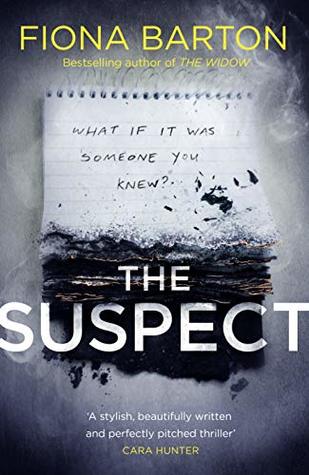 When two eighteen-year-old girls go missing on their gap year in Thailand, their families are thrust into the international spotlight: desperate, bereft and frantic with worry.

Journalist Kate Waters always does everything she can to be first to the story, first with the exclusive, first to discover the truth – and this time is no exception. But she can’t help but think of her own son, who she hasn’t seen in two years since he left home to go traveling. This time it’s personal.

Lesley and Malcolm O’Connor are getting frantic, not having heard from their daughter, Alex, in over a week.

Alex had been looking forward to her backpacking trip to Thailand and was determined to enjoy it, regardless of the fact her best friend had to pull out and her replacement wasn’t the ideal companion. Alex had been phoning and posting on Facebook regularly, but there’d been nothing for days. There wasn’t even the promised phone call to find out her A-Level results. It wasn’t like Alex. Her parents reported her missing.

Kate Waters hears about the girls from her friend, DI Bob Sparkes, who thinks a story in the papers might get the their attention and motivate them to contact their families. For Kate it brings thoughts of her son, Jake, who left home two years to go travelling in South East Asia. Kate rarely hears from him and can sympathise with the girls’ parents.

I wonder how many of the thousands of teenagers who set off for a gap year go missing. Must be fewer now everyone has a smartphone and wifi. But still.

I stare at the screen. My heartbeat feels like it’s bruising my ribs. My child is missing too. At home, we all pretend that everything’s fine; he’s an adult, living his own life, making his own choices. But we don’t even know which country he’s in, really.

Kate travels out to Thailand with Alex’s and Rosie’s parents to see what they can find out. The Thai police seem content with their investigation and closure of the case but things aren’t adding up for Sparkes or Kate. Some shocking news throws Kate off balance and the whole thing takes on a new slant and becomes very personal.

Kate is an authentic and likeable character, determined and dedicated to her job, but is able to be sympathetic and knows when to go easy. Even so, she has a rude awakening when she’s on the other side of the fence, at the mercy of the journalists.

This is a slow burning plot, although the short chapters coming from different characters’ perspectives—The Mother, The Policeman and The Journalist—keep the story moving, gradually uncovering the girls’ movements and how the British investigation is progressing. The narrative is interspersed with flashback accounts from Alex to her best friend back home, giving a good insight into the differences in character of both girls. It’s a nightmare scenario for any parent and the anguish and emotions are portrayed extremely well. Dealing with children becoming independent and wanting to go their own way isn’t always easy to accept. At the same time young adults can get themselves into situations they’re not equipped to cope with, especially far from home with no back up. It was interesting to see what lengths a mother would go to protect her child.

I enjoyed listening to The Suspect, just not quite as much as The Child. I now have the first book, The Widow, in my Audible library. Not the normal order of listening but I hadn’t realised at the time The Child was the second in the series. 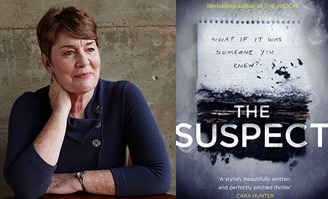 Fiona Barton’s debut, The Widow, was a Sunday Times and New York Times bestseller and has been published in 36 countries and optioned for television. Her second novel, The Child, was a Sunday Times bestseller. Born in Cambridge, Fiona currently lives in Sussex and south-west France. Previously, she was a senior writer at the Daily Mail, news editor at the Daily Telegraph, and chief reporter at the Mail on Sunday, where she won Reporter of the Year at the British Press Awards.

While working as a journalist, Fiona reported on many high-profile criminal cases and she developed a fascination with watching those involved, their body language and verbal tics. Fiona interviewed people at the heart of these crimes, from the guilty to their families, as well as those on the periphery, and found it was those just outside the spotlight who interested her most . . .