Today I’m pleased to be  joining the blog tour for Closer Than Blood, courtesy of Sarah Hardy (BOTBSPublicity.)

Sergeant Gareth Bell and his colleagues are part of a team hot on the heels of a drug dealer on his way to meet a contact. Much to his shock and disbelief, it was Jake, the brother who he hadn’t seen for years, meeting the dealer.

Jake had disappeared years ago. Gareth and his father believed he must have been dead from a drug overdose, but it seems he’s on the run from a vicious gang who won’t think twice about killing him. Jake escapes taking the evidence with him, Gareth giving chase until Jake is boxed in. Determined not to be taken by the police Jake takes the only other option open to him, diving twenty metres into the sea.

I couldn’t even begin to process how I felt, having found the brother I thought was dead only to lose him again in the space of moments. I was still standing there, staring out at the whitecaps racing towards the shore in the slowly fading sunlight when the lifeboats arrived, followed soon after by the chugging roar of a coastguard helicopter.

Told in the first person from Gareth’s perspective, the narrative lets the reader experience his thoughts and emotions as he goes all out to find his brother. Maybe I missed out not having read the first book, but initially I didn’t particularly take to Gareth—he seemed to go his own way regardless of orders or his team…an act first and think later character who loves a fight, but the fall out is that his decisions just lead him into more dangerous situations, not to mention trouble with his superiors. He says it as he sees it and is hot-headed but his heart is in the right place.

The action is non stop with a fair slice of violence and bad language. Gareth is dealing with a lot of stuff, including his father’s terminal illness and eventual passing—the scenes between the two of them are poignant and written with genuine feeling (after reading the author’s note at the end, I understand why). He really wants to save his brother and make good on his promise to his dad, which did make me begin to see him in a slightly different light.

The plot is fast paced with several unexpected twists that drove the story forward…that and the descriptive writing kept me turning the pages.

I chose to read and review Closer Than Blood based on an advance reader copy supplied by BOTBSPublicity via NetGalley.

You would do anything for your family. Wouldn’t you?

A gripping crime thriller, perfect for fans of Peter James.

The real nightmare begins when the missing person returns…

PC Gareth Bell is about to arrest a cocaine dealer on Brighton Marina, when he makes a shocking discovery that turns his world upside down: the dealer is his long-lost brother, Jake, someone he thought had died years ago.

But their reunion is short lived. For Jake is on the run from a cold-blooded killer, whose network reaches all the way into the police force itself. Now that his brother’s life is on the line, Bell has only two choices. Family, or duty? 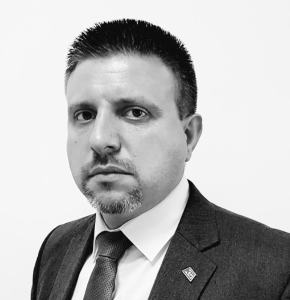 Paul Grzegorzek was born in 1976 and despite the name is Sussex born and (mostly) bred. Paul writes dark, gritty crime novels inspired by his time as a police officer in his home town of Brighton, giving them a realistic feel that can only come from years of experience pounding the streets.  During his police career, he worked in a number of specialist units, including as a riot medic, method of entry specialist and intelligence officer, where he met and worked with many of the people who became characters in his books.

He has also worked in the private security and defence industries, as well as consulting for various agencies, giving him a unique insight into crime at both street and higher levels.

Born in Shoreham-By-Sea, within spitting distance of Brighton, Paul now lives in Hove with his wife and two sons.

6 thoughts on “#BlogTour ~ Closer Than Blood by Paul Grzegorzek ~ How far do you go for family? #TuesdayBookBlog @BOTBSPublicity @paulglaznost @OneMoreChapter” 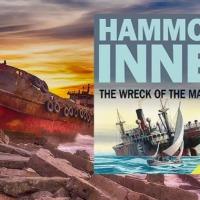 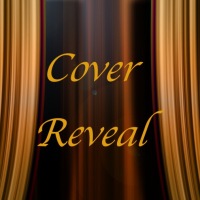