Imagine this hilltop about 1000BC. No castle of course, but the hilltop was occupied and fortified.

By 800 BC the roundhouses were built and between 650 – 250 BC an iron age hillfort was created as defences improved. Construction of the medieval castle began in 1220 AD by the Earl of Chester and these are the remains.

Archaeological excavations undertaken at Beeston Castle during the 1970s and 80s uncovered evidence of several Bronze Age roundhouses inside the castle walls. Based on the findings, the roundhouse was reconstructed in a disused quarry from traditional local materials such as oak, hazel, ash and reeds for the thatch.

The image below was borrowed from the English Heritage information board to give an idea of the size of the building. In between the three central posts was the fire pit and there could have been as many as twelve people, including children, living and working in one roundhouse. There was no opening for a ‘chimney’ for two main reasons, the smoke kept the wildlife out of the thatch and the updraft may have caused sparks to be drawn up towards the thatch and cause a fire. 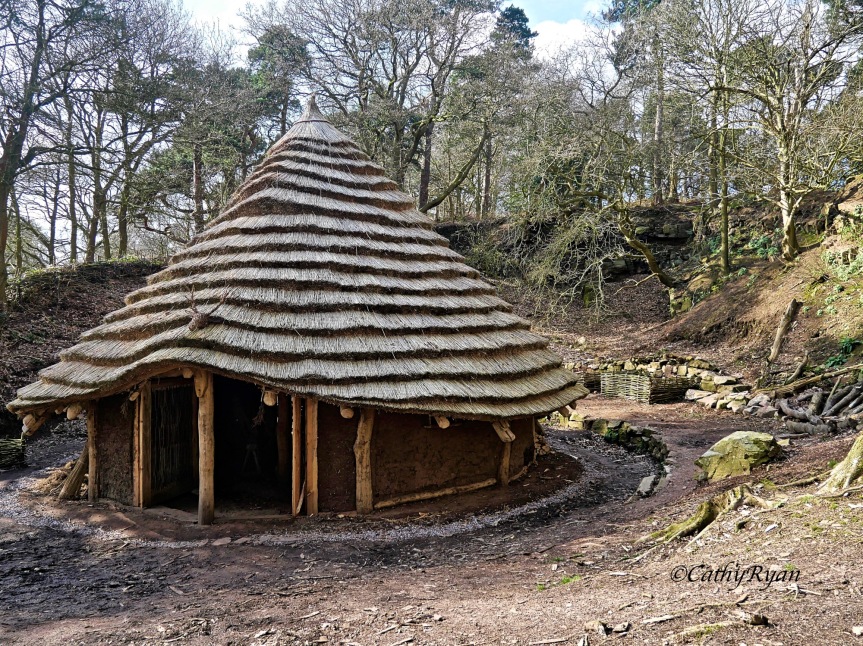