It’s a boring, hardscrabble life for three sisters growing up on a Michigan farm in the throes of the Great Depression. But, when young Nellie, digging for pirate treasure, discovers the tiny blue-black hand of a dead baby, rumors begin to fly. Narrated by Nellie and her two older sisters, the story follows the girls as they encounter a patchwork of threatening circumstances and take it upon themselves to solve the mystery.

The Great Depression began after the market crashed in late 1929 and drastically affected the world’s economy. Threads tells the story of a farming family in Michigan and is narrated by the three daughters. Flora, the eldest at seventeen. Irene, the middle sister is eleven and Nellie, the youngest, just seven.

Narrated in alternating short chapters, the story is told from the perspective of each sister, giving individual views on their lives and the people around them. In this way the characters and their very different personalities are developed extremely well as they navigate their way through daily life on the farm, at school and with their friends and neighbours.

Nellie loves making up stories and talks to imaginary friends, which include the animals. Irene can be opinionated and thinks she’s the smartest. Flora wants to get married and be a farmer’s wife. Neither of the younger girls understand quite what’s going on and complain about the changes and things they can’t have.

Nellie loves to play down by the creek and escapes there as often as she can. On her way through the woods one day, she notices a mound of disturbed earth. Thinking it might be pirates’ treasure she begins to root around. What she unearths sends her running back home as fast as she can.

Tonight I couldn’t git that dead hand outa my mind. Ma gave us girls each a piece of bread for supper, but I couldn’t eat. I wanted to pretend it never happened. Even though I wanted to go to sleep and forget about today, the heat register was still calling to me.

Jist ’bout every night I listen in on Ma and Pa from the heat register on our bedroom floor. It’s right above where Ma and Pa sit in the parlor, right down from my side of the bed.

The descriptive and realistic prose, showing how a farming family coped during the depression through the eyes of the sisters, paints such a vivid picture of the hardships of the time. Working from dawn to dusk, the girls doing their part with chores before and after school, working most of the day during the summer holiday, and still not having enough to eat. But what really shines out of the story is the endurance and kindness, even through the deprivation the farmers face. Neighbours look out for each other, people passing through are given whatever food can be spared, even if it’s just a slice of bread. Amid all this, there is mystery, rumour mongering and danger.

I enjoyed the fact Charlotte Whitney used the mid western dialect, lending an authenticity to the narrative, along with her personal knowledge of growing up on a farm. I had no idea what to expect when I began reading, but soon became immersed in the lives of the family and was pleased the author included an epilogue so we learn if Nellie’s, Irene’s and Flora’s hopes and dreams for the future materialised.

I chose to read and review Threads for Rosie Amber’s book review team, based on a digital kindly supplied by the author.

Charlotte Whitney writes both creative fiction and nonfiction. Her latest book, THREADS: A Depression-Era Tale is a historical novel set on a Michigan farm in 1934. She grew up on a farm and heard her aunts and grandmother tell stories of “hard times.” Charlotte lives in Arizona and loves to hike, swim, and bicycle. She reads from many genres. Her favorite book: the one she’s currently reading. You can find out more about Charlotte on her website 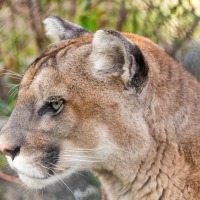 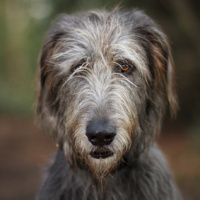