For this publication day push, organised by Rachel’s Random Resources, I’m delighted to welcome Laura Briggs with a guest post.

Past secrets return to complicate Maisie’s future with the charming Sidney Daniels in the final installment of the Cornish romance series.

Picking up where book seven left off, Maisie’s plans to celebrate her book’s thrilling news remain on hold after Sidney has vanished from Port Hewer overnight, following a brush with his secret past. His departure leaves Maisie with a head full of questions and a heart torn in two, made even worse by the rumors flying about him through the town. Where and why has he gone? Will he ever come back again? And—foremost in Maisie’s mind—was the heartache from his younger days somehow to blame for his sudden and mysterious flight?

But when Dean convinces her that Sidney may be facing a choice that could ruin his life, Maisie must set out to find him, once again leaving behind the Cornish seaside haven of Port Hewer she’s come to think of as home, and leaving behind the answer to a secret she’s been longing to know since the beginning. Not knowing when or if she’ll return, she’s taking the biggest risk with her heart so far…and the truth she discovers waiting for her at the end of her journey will make her wonder if things can ever possibly be the same as they were before.

Questions are answered, secrets are spilled, and the biggest reveal of the series is finally unveiled as A LITTLE HOTEL IN CORNWALL reaches its exciting conclusion.

Over to Laura, who explains what readers can expect from The Cornish Key to Happiness…

A huge thank you to Cathy for letting me share with her readers about my newest romance read titled The Cornish Key to Happiness. It is the last installment in my long-running series ‘A Little Hotel in Cornwall’, concluding the story of amateur author Maisie Clark at the gorgeous hotel Penmarrow. I hope that readers will be excited for the end of Maisie’s quest, as burning questions are answered and well-kept secrets finally revealed. Here are just a few of the things readers can expect as Maisie embarks on the last leg of her adventurous journey.

A new challenge for the heroine:

Ever since she landed on Cornish shores in book one of the series, Maisie has faced obstacles to her dreams of becoming a writer. Her quest to track down a brilliant novelist for their advice has been filled with twists and turns and even took her all the way to Paris in one particularly impulsive moment. Now that she’s on the verge of seeing her words in print, her celebration for it has been sidelined by romantic woes and a much different dilemma than the one that brought her across the pond in the first place. This time, Maisie’s heart is at stake as well as her happiness, and the journey she will embark on in book eight may just be her most difficult yet. She’ll not only find herself questioning whether she still belongs in Cornwall, but whether she truly belongs in Sidney Daniel’s life, the charming village groundskeeper who captured her heart almost the moment they met.

The hotel Penmarrow, with its historic charm has become like a second home to Maisie after joining its staff as a chambermaid. Leaving it behind, even temporarily, is the last thing she wants to do, but readers can rest assured that Maisie’s new destination will have its own sense of elegance and mystery. Without spoiling too much, I’ll say it has a bit of Gothic romance in its style, and that it hosts an occasion grand enough to rival even the 1920’s style ball Maisie attended in book one. And Maisie will be just as nervous walking into this extravagant event as she was back then—but with a little more to lose this time if it doesn’t go the way she hopes.

The real Alistair Davies will be revealed:

Maisie came to Cornwall in search of her favorite author’s advice, but the brilliant Alistair Davies proved impossible to find. Suspecting he might be in her midst incognito led to more than a few red herrings and misunderstandings, with Maisie believing even the hotel’s curmudgeonly gardener could be the reclusive novelist in disguise. But at last she will finally learn who they really are and why they kept their role under wraps all this time. And there may be a few gasps of surprise (and a few exclamations of ‘I knew it!’ too) when the bittersweet truth is finally uncovered!

If you’re already a fan of the series, I hope you’re looking forward to reading this final chapter in Maisie’s Cornish quest. And if you’re new to it, maybe you’ll be curious enough to check it out—all eight books are now available for just 99p/99c each at Amazon and other eBook retailers. 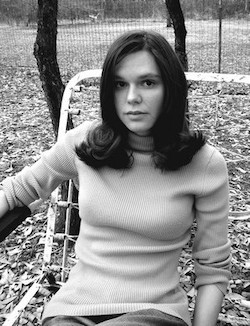 Laura Briggs is the author of several feel-good romance reads, including the Top 100 Amazon UK seller ‘A Wedding in Cornwall’. She has a fondness for vintage style dresses (especially ones with polka dots), and reads everything from Jane Austen to modern day mysteries. When she’s not writing, she enjoys spending time with family and friends, caring for her pets, gardening, and seeing the occasional movie or play.