I loved this book and choosing it for my Throwback Thursday post reminds me I have book two on my kindle.

I love fictional stories set against true historical facts. Flood tells the story of Fenlanders in 17th century East Anglia whose hard working but peaceful way of life is compromised by those who believe they are entitled to profit by whatever means necessary.

Mercy Bennington, her parents and brother farm on the Norfolk Fens, as have generations of their ancestors. Fifteen years ago, before the war, her grandfather lead an attack against the drainage works that were damaging the largest area of the Fens. Now livelihoods are being threatened again under Cromwell’s government. This puritanical and sombre regime endangers not only the delicate balance of life on the Fens but also the Fenlanders very existence, through drainage and commandeering their land, crops and livestock. In addition, the new laws forbid people marrying in church or baptizing their children and dreadful punishments are meted out to those found defying the Puritan rules.

As the men are brought in to drain the land, with no care for the consequences to the village, its inhabitants or the environment, Mercy, her family and friends resort to desperate measures which threaten not only the family, but also the villagers. Flood is told from Mercy’s first person perspective, so it’s very easy to feel sympathy for the untenable position the Fenlanders find themselves in, and justify their reactions.

People not only have to deal with the destruction of their lands, property and lifestyle but also the growing threat of being charged with witchcraft. The witch-finder Matthew Hopkins, along with his second in command, travel the country, spreading panic and following up on accusations caused by villagers turning against each other for the flimsiest of reasons.

With wonderful attention to detail, Ann Swinfen’s rich descriptions of village life and the remote beauty of the fens conjure up vivid images of an area and lifestyle I knew next to nothing about. The narrative is engrossing, researched and written extremely well, perfectly evoking a time of oppressive government rule and uncertainty. Highly recommended for lovers of historical fiction and those that just like a cracking story.

‘It seems they can do what they please. Was not the War fought to overthrow the tyranny of a king? It seems tyranny still stalks the land.’ ~ Mercy Bennington 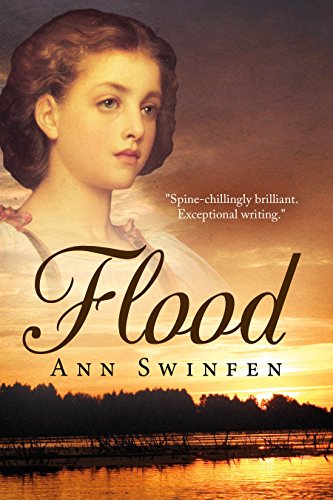 Violence, greed and betrayal threaten the remote communities of East Anglia in the seventeenth century, when ruthless and unscrupulous speculators steal their common lands, while fanatic Puritans bring accusations of heresy and witchcraft. Granddaughter of a local hero, Mercy Bennington moves out of the shadow of her elder brother to become a leader of the protestors, finding the strength to confront the enemies who endanger the survival of her village and her own life. Yet the violence wreaked upon the fragile fenlands unleashes a force no one can control – flood.