Over to you, Gail…

For my second contemporary novel, This Much Huxley Knows, I explored some important places from my personal history and from my children’s early years to inform the settings in the book. As the novel uses a seven-year-old narrator, home, school and church are obvious choices. (For some UK families, school and church are inextricably linked due to the requirement for evidence of church attendance to gain priority enrolment to some state-funded church schools.) Rather than focus on these settings, I’ve chosen five other places which are significant to my young narrator.

To create the park in This Much Huxley Know, I remembered being taken to the park every Sunday by my grandpa who collected me, my brother and sister at two o’clock on the dot. He’d then drive to a local park where we’d play on the swings and slides. In those days there was a piece of playground equipment called a horse and we’d mount the metal structure (I remember it was painted red for some reason) and he’d push on the horse’s head to send us galloping off to imaginary fields and jumping over hedges. With my own children, we lived only a block away from a park with a children’s playground. We enjoyed many afternoons at the park with our neighbour and her children. My speciality was pushing children on the roundabout. I’d start by charging around in a circle to build up speed as they clung on for dear life. After that, I stood still to catch my breath and pelted the bars as the children hurtled by. Memories of these experiences brought such joy, I couldn’t resist including them in This Much Huxley Knows.

This is a real hub in many communities and can offer lifelong learning opportunities as well as the usual swimming pool and gym. My children enjoyed regular swimming lessons and went on to join clubs and entered swimming galas. I used to love watching them pound the lanes from the café overlooking the pool. I enrolled to attend singing lesson at the leisure centre which built my confidence to lead the chorus of Happy Birthday to You at my children’s parties. It seemed absolutely necessary to include a leisure centre in This Much Huxley Knows where Huxley and his friend Ben enjoy the special treat of messing about on a giant inflatable in the pool and causing a raucous in the changing rooms.

As high streets decline, department stores are becoming scarce. I included one in This Much Huxley Knows to celebrate their relevance to communities. I also enjoyed my first employment in such a store. At fifteen, I had a Saturday job where I answered the telephones reciting the greeting Good Morning, Hawes of Morden. The name of the store caused much hilarity amongst crank callers! This led me to investigate other department stores which were named after the family who established the retail business. In England, I found many unlikely names for department stores including Bodgers, Pratts and Bentalls. In This Much Huxley Knows I settled on the name Skinners for the fictional department store in the novel.

The café in This Much Huxley Knows is a composite of the many places I enjoyed taking my children for refreshments. Some had only tables and chairs, a couple had a sofa or two. Lots included the sale of freshly baked pastries and cakes. For my children, iced buns were a special treat but Huxley opts for a strawberry milkshake where his special skill is slurping through a striped straw.

Originally these pockets of land were offered to the poor for food growing purposes. Now it’s possible to rent an allotment for a minimal fee from many local authorities around the UK. Often, they’re used for growing fruit and vegetables while some families living in accommodation without a garden can create a lawn with flower beds. It’s my husband who is the gardener in our family, and often we visited his allotment when our children were young to simply harvest fruit and vegetables. It was always a great event. In This Much Huxley Knows there is a near accident at the allotment which fuels the plot.

Thanks so much for this, Gail. I remember the horse and roundabout well, from my own childhood.

About This Much Huxley Knows (launching on the 8th July) 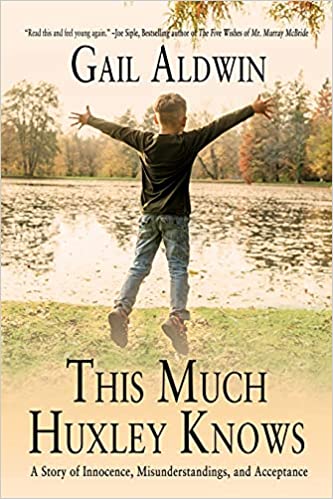 I’m seven years old and I’ve never had a best mate. Trouble is, no one gets my jokes. And Breaks-it isn’t helping. Ha! You get it, don’t you? Brexit means everyone’s falling out and breaking up.

Huxley is growing up in the suburbs of London at a time of community tensions. To make matters worse, a gang of youths is targeting isolated residents. When Leonard, an elderly newcomer chats with Huxley, his parents are suspicious. But Huxley is lonely and thinks Leonard is too. Can they become friends?

Funny and compassionate, this contemporary novel for adults explores issues of belonging, friendship and what it means to trust. 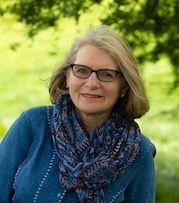 Novelist, poet and scriptwriter, Gail Aldwin’s debut coming-of-age novel The String Games was a finalist in The People’s Book Prize and the DLF Writing Prize 2020. Following a stint as a university lecturer, Gail’s children’s picture book Pandemonium was published. Gail loves to appear at national and international literary and fringe festivals. Prior to Covid-19, she volunteered at Bidibidi in Uganda, the second largest refugee settlement in the world. When she’s not gallivanting around, Gail writes at her home overlooking water meadows in Dorset.

2 thoughts on “#GuestPost from Gail Aldwin #Author of ‘This Much Huxley Knows’ ~ A Story of Innocence, Misunderstandings, and Acceptance @gailaldwin” 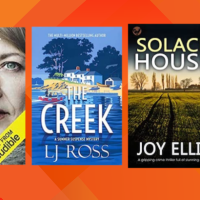 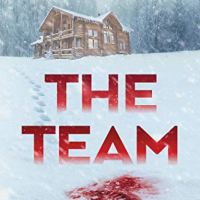