Unpleasant things are going on in an exclusive school for girls – things like murder… Late one night, two teachers investigate a mysterious flashing light in the sports pavilion, while the rest of the school sleeps. There, among the lacrosse sticks, they stumble upon the body of the unpopular games mistress – shot through the heart from point blank range. The school is thrown into chaos when the ‘cat’ strikes again. Unfortunately, schoolgirl Julia Upjohn knows too much. In particular, she knows that without Hercule Poirot’s help, she will be the next victim.

The setting for Cat Among the Pigeons is Meadowbank, an exclusive school for girls, run with precision by the inimitable Miss Bulstrode. An eclectic mix of students, including a princess from the Middle East, arrive for the summer term. The staff, old and new, are introduced to the reader as they welcome the girls, chat among themselves or just observe with their own thoughts. There’s also a new gardener, a young, good looking gardener who is not quite what he seems.

Two months earlier it was a foregone conclusion there would be a uprising in Ramat. Prince Ali Yusuf, Hereditary Sheikh of Ramat, knew he had to leave his country with the help of his good friend, Bob Rawlinson before it was too late. The favour Ali asks of Bob sets in motion a sequence of events that will have dire consequences for Meadowbank.

‘You mean, you want me to carry them instead of you?’

‘You can put it that way. But I think, really, you will be able to think of some better plan to get them to Europe.’

‘But look here, Ali, I haven’t the faintest idea how to set about such a thing.’

Bob did come up with a plan, a very inventive one, but unfortunately and unbeknownst to him, he was being watched and the plotting began.

Back to Meadowbank. One night two teachers investigate a flashing light in the gymnasium and stumble across the body of Miss Springer, the disliked gym teacher. She isn’t the only staff member to meet a violent end which, of course, reflects badly on the school, causing some parents to withdraw their children. The police are called in but not much progress is made, with several suspects to choose from and no obvious reasons for the murders.

Julia Upjohn, an enterprising and observant student, makes some connections between people and events and makes a decision. She takes the train to London.

Descriptive prose laced with subtle humour brings the school and characters to life, the social classes much in evidence. There was intrigue and the story was entertaining, even though Poirot didn’t appear until about three quarters of the way into the book and there wasn’t the usual interviewing of suspects. The boarding school setting and schoolgirl sleuth is a little Enid Blyton-ish and Poirot is almost redundant. What ties him in is the link between Julia and a character from a previous novel.

“She makes smashing omelettes.” Poirot’s voice was happy. He sighed.

“Then Hercule Poirot has not lived in vain,” he said. “It was I who taught your Aunt Maureen to make an omelette.”

And as always, Hugh Frazer’s performance is brilliant, giving each character a distinct voice and personality. 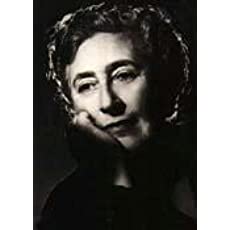 Agatha Christie is the best-selling author of all time. She wrote 66 crime novels and story collections, fourteen plays, and six novels under a pseudonym in Romance. Her books have sold over a billion copies in the English language and a billion in translation. According to Index Translationum, she remains the most-translated individual author, having been translated into at least 103 languages. She is the creator of two of the most enduring figures in crime literature-Hercule Poirot and Miss Jane Marple-and author of The Mousetrap, the longest-running play in the history of modern theatre.