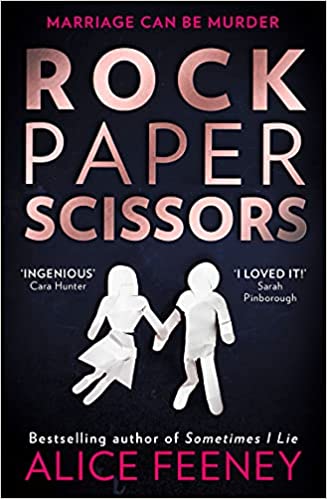 Blackwater Chapel is not what Adam and Amelia were expecting. The front doors which were supposed to be open, were locked. After they’d walked round looking for another door they went back to the front doors and found them wide open. The first of many weird happenings.

Can a weekend away really save a marriage? That’s what Amelia said when ‘Call me Pamela’ suggested it. I don’t think so. Which is why I came up with my own plan for us long before I agreed to hers. But now we’re here…climbing the chapel steps…and I don’t know if I can go through with it.

There is a strong sense of gothic-esque foreboding from the start. The setting adds to the tension, with a complete white out, isolated chapel and only a small, seemingly empty cottage nearby which is supposed to be occupied by the caretaker. The chapel itself is bone chillingly cold with only a fire for heat. Several of inner doors of the chapel are locked. There is only one unlocked bedroom and it’s identical to their bedroom at home…

The story is narrated in the first person by unreliable and alternating points of view, and also letters written by Amelia on each wedding anniversary, so the reader, or listener in this case, is privy to the deceptions, lies and general ups and downs of their lives.

Rock Paper Scissors is a disturbing and convoluted tale, with surprise twists and a totally unexpected lead in to a shocking ending. The narrators did an excellent job, bringing the characters and the claustrophobic, sinister feeling of the setting to life.

Alice Feeney is a New York Times bestselling author and journalist. Rock Paper Scissors is her fourth novel and is being made into a TV series for Netflix by the producer of The Crown. It will be published around the world in 2021.

Her debut novel, Sometimes I Lie, was an international bestseller, has been translated into over twenty languages, and is being made into a TV series by Warner Bros. starring Sarah Michelle Gellar. His & Hers is also being adapted for screen by Jessica Chastain’s Freckle Films.

Alice was a BBC Journalist for fifteen years before becoming an author. She lives in Devon with her family. 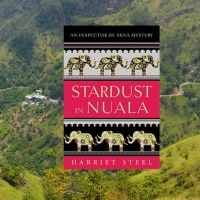