My Throwback Thursday choice this week is The Lighthouse Keeper’s Daughter, published in 2018, a book I enjoyed very much.

I love books that mix fact with fiction, giving a real authenticity to the story. The Lighthouse Keeper’s Daughter incorporates the true story of Grace Darling.

Grace’s father was the lighthouse keeper at Longstone on the Farne Islands, off the Northumbrian coast. Twenty two year old Grace loved nothing better than helping her father, taking her turn on watch and making sure the lamps stayed lit through the night.

Grace’s ordered life changed irrevocably on the 7th September, 1838 with the onset of a horrific storm which battered the north east coast. As the storm built in intensity Grace took her turn on overnight watch, scanning the sea for any sign of trouble. To her horror, as the sky lightened, she saw the outline of a ship’s mast and survivors of the wrecked ship on Harker’s Rock. She knew her father couldn’t attempt the rescue himself as the storm still raged, but she believed they could manage together and persuaded her father they must try.

Grace’s courage and determination in the face of impossible odds helped save nine lives, including that of widowed Sarah Dawson, the sister of George Emmerson, an artist who Grace is attracted to. The rescue of the survivors from the SS Forfarshire brought Grace to the attention of the public and her fame spread far and wide, much to her dismay.

A century later in May 1938, Matilda Emmerson, the great great granddaughter of Sarah Dawson, leaves Cobh, Ireland bound for New York. Unmarried and pregnant, her austere mother, only concerned with appearances, is sending her to live with an unknown relative.

Initially relations between Matilda and Harriet are strained. Harriet is caring in a brusque way, Matilda wants to know more about her, how they are related, but Harriet keeps her distance emotionally. Both stories are told beautifully and the narrative moves smoothly between the two timelines, unravelling the connections to Matilda’s past as she delves into her family history, revealing surprises along the way. I enjoyed the relationship that unfolded between Matilda and Harriet, and the development of both women.

Although Grace’s story is very familiar, I still had goosebumps while reading the rescue scenes. I also hadn’t realised the inclusion of Sarah Dawson was a fact. Ultimately it’s a story of love, loss, strength and determination which I found compelling—sad and uplifting at the same time.

Lighthouses hold an appeal and I always wondered what it would have been like to live in one. Hazel Gaynor has created a powerful and atmospheric picture. The Lighthouse Keeper’s Daughter is a beautifully crafted, emotional and vividly descriptive story with strong and memorable characters. 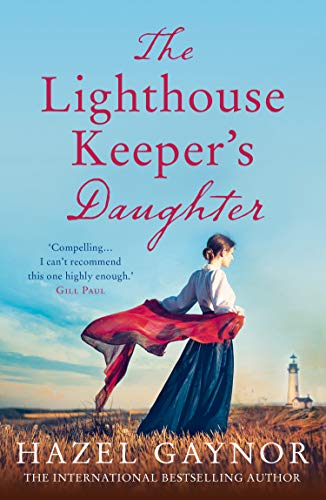 1838: when a terrible storm blows up off the Northumberland coast, Grace Darling, the lighthouse-keeper’s daughter, knows there is little chance of survival for the passengers on the small ship battling the waves. But her actions set in motion an incredible feat of bravery that echoes down the century.
1938: when nineteen-year-old Matilda Emmerson sails across the Atlantic to New England, she faces an uncertain future. Staying with her reclusive relative, Harriet Flaherty, a lighthouse keeper on Rhode Island, Matilda discovers a discarded portrait that opens a window on to a secret that will change her life forever. 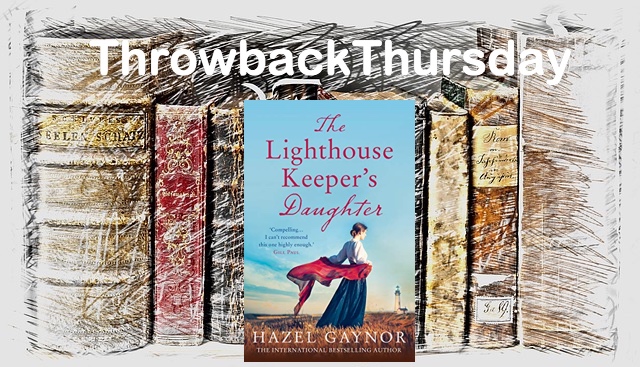