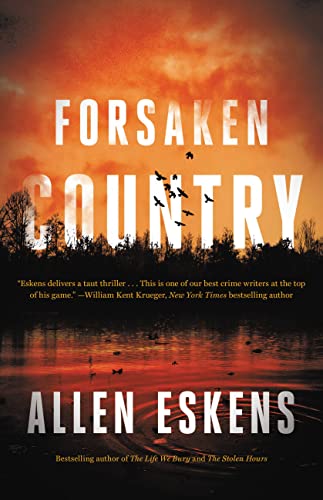 Max Rupert has left his position as a Minneapolis homicide detective to live in solitude. Mourning the tragic death of his wife, he’s also racked by guilt—he alone knows what happened to her killer. But then the former local sheriff, Lyle Voight, arrives with a desperate plea: Lyle’s daughter Sandy and his six-year-old grandson Pip have disappeared. Lyle’s certain Sandy’s ex-husband Reed is behind it, but the new sheriff is refusing to investigate.

Max Rupert had been existing in self imposed exile in his small family cabin for over three years, and still was unable to find the peace or redemption he’d been hoping for. His out of character actions that precipitated his current situation live with him in nightmares… everything he had lost, and his final act of revenge persisted, giving him no respite. Unshaven with long hair, Max doesn’t see or speak to anyone for days on end, but on a recent trip into town for supplies Max had, for the first time, seen someone he knew and felt obliged to acknowledge him.

Even before he had retreated to the cabin, Max disliked chitchat, but now it seemed a painful thing. Still, despite the overwhelming urge to get in his car and go, Max couldn’t bring himself to be rude to the one man in town who could call him by name.

Ex sheriff Lyle Voight had been waiting for Sandy and Pip, his daughter and grandson, and their meeting signalled a change in Max’s life. Lyle begs for Max’s help when Sandy and Pip go missing. He’s certain Sandy’s ex husband is to blame but the local sheriff is adamant no crime has been committed. Max is eventually persuaded to help despite not wanting to get involved. Max realises that without a badge working a case is going to be much more difficult, and he’s forced to contact his old partner and good friend, Niki Vang, for help.

Forsaken Country continues Max Rupert’s story, one which I’m really enjoying. This is an exciting, poignant and dramatic chase taking place mostly in the wilderness area known as the Minnesota Boundary Waters. Seeing Niki again brings home to Max more sharply than ever just what he’s lost from his life. It’s a pain that’s etched deep, along with the mental anguish, and he’s struggling to reconcile his past with the present. I look forward to seeing what happens next with Max and Niki. There are hints of possibilities and I hope Max will be able to get his life together.

I part listened to the audio as well as reading, and was sorry the narration wasn’t performed by RC Bray who has done a brilliant job in the past. Brian Troxell didn’t do a bad job but for me, RC Bray is the voice of Max, that’s what I ‘hear’ when reading. Nevertheless, I love this series and Allen Eskens is now an automatic buy for me. The characters are fully fleshed out and the descriptions of the wilderness are vivid, and with ever present danger who will make it out of the unforgiving landscape. 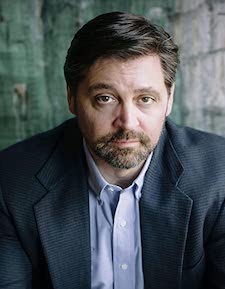 Allen Eskens is the USA Today-bestselling author of The Life We Bury, The Guise of Another, The Heavens May Fall, the Deep Dark Descending and The Shadows We Hide. He is the recipient of the Barry Award, Rosebud Award, Minnesota Book Award, and the Silver Falchion Award and has been a finalist for the Edgar Award, Thriller Award, and Anthony Award. His work had been published in 21 languages and his debut novel, The Life We Bury is being developed for a feature film.
Allen lives with his wife, Joely, in greater Minnesota and is represented by Amy Cloughley of Kimberley Cameron and Associates, and is published by both Seventh Street Books and Mulholland/Little Brown. To learn more about Allen, go to www.alleneskens.com. 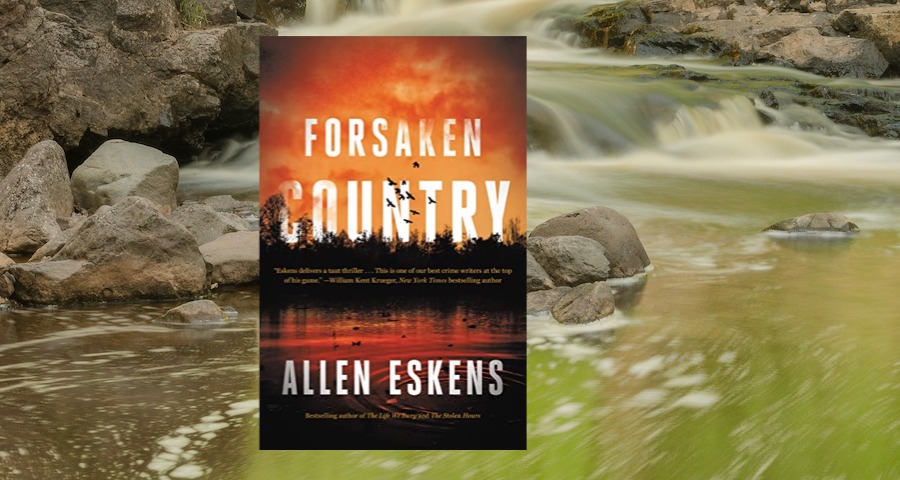 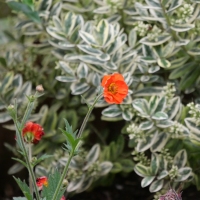 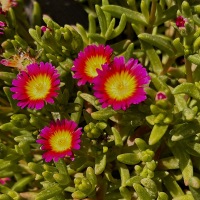 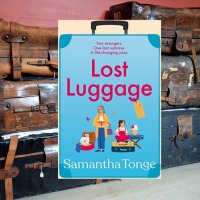 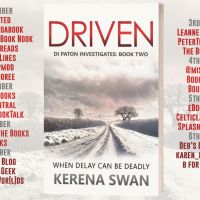