For twenty-three year old Katrina Smith, the events of one day irrevocably changed her life.

Life in Christchurch, New Zealand, couldn’t have been better. She was in love with a wonderful man, had a job she enjoyed, and had her life mapped out before her…

What dawned as a typical summer’s day, changed into a day of devastation and overwhelming loss. An insidious danger lay beneath the benign land surface, seismic tension, like a ticking time-bomb, was counting down to a catastrophe. And Kate and her boyfriend, Daniel, were in its path. It took mere seconds for the world to be ripped out from under her. Suddenly, Kate was deluged by a vortex of Post Traumatic Stress, guilt and crippling anguish.

Dominic Dell’Antonio, an American marine working in New Zealand, was a man hiding from his own demons which lurked behind depth-less blue eyes that read so much, yet yielded so little. He kept himself aloof and isolated. Nightmares regularly plagued him.

As Kate slipped under a suffocating wave of heartache, she blocks out the world behind self-imposed walls, drowning in the torrents of grief. Quiet, yet commanding, Dominic connects with Kate on some inexplicably deeper level. He wants to protect her. He wants to make her his.

Two damaged and guarded souls drawn together through tragic circumstances. Two lonely hearts drawn to one another to find comfort. 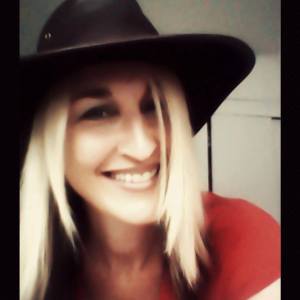 Leanne Pearson grew up in Durban, South Africa. She later immigrated to New Zealand, where she now lives with her husband, and two children. During her down time, if she’s not reading, she can be found relaxing outside, sipping on an apple cider, soaking up the sights and sounds of rural New Zealand. Leanne has had a few feature articles published in the newspaper over the years and has had a flair for creative writing from a very young age.

Welcome Leanne, what prompted you to write Katrina’s story?

There was so much tragedy surrounding the Christchurch earthquakes, innumerable personal accounts of loss and grief were told, yet despite the immense loss of life and the challenges facing the people of Christchurch, stories of optimism filtered through. I started thinking I’d like to develop a fictional tale of not only physical, but emotional survival. This is the heart of my story…finding love while walking the harrowing road of loss, and is what makes this an emotional read. As was said to Katrina by a side character in the story—love doesn’t have a set timetable. It’s all-powerful, and can come out of the blue at a time you’d least expect.

Can you give us an insight into her character, is there anything of yourself in Katrina

Katrina isn’t weak by nature, she’s just emotionally knocked for six by the intensity of the situation she finds herself in, and has gone through. She’s a one-man woman who doesn’t fall in love easily, but when she does—she falls hard. Her world literally comes crashing down around her on that fateful day: 22 February, 2011. I’d say a little of me comes through in Katrina. I share her fear of flying for one!

What was the greatest challenge when writing the book?

Time, always time! It’s a real juggle of my time between family, work and the my need to write. I had an emotionally compelling story playing out in my head, but often didn’t have enough down-time to translate these thoughts into words. Perseverance paid off, and it was a heady moment to finally type the words: The End.

Which writers have inspired you, given you motivation?

Kristen Ashley has been a favourite author of mine for years. One of her recent releases is entitled ‘Kaleidoscope’, and is a word which perfectly describes her stories actually, as they are filled with colourful characters, rich with emotion, and backdropped by spectacular settings and melt-your-heart, alpha characters.

Do you have a special time to write, how is your day structured?

I don’t have a set writing schedule. I write when I have the available down time, but when burning at both ends, I at the very least, set aside a period of time to write either first thing in the morning, or late at night after the family have been tucked in.

What would be your fantasy day if you could spend it anywhere, with anyone, past or present?

To meet the A-list dreamcast of every favourite book of mine to date, and personally thank them for enriching my escape world so much!

Ah, yes, I understand that completely! Is there anything you would like to add?

I’d be interested to know what songs on the Fractured playlist readers associate with certain chapters?

Thank you for your time and a great interview, Leanne. 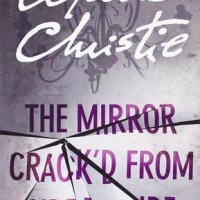 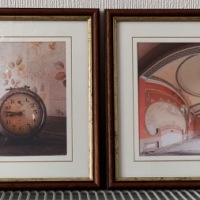