My guest today is Sonia Faruqi with a character’s perspective post and details of, plus an extract from, her debut release.

Coralline is a mermaid who is engaged to the merman of her dreams. But when an oil spill wreaks havoc on her idyllic village life, her little brother falls gravely ill. Desperate to save him, she embarks on a quest to find a legendary elixir made of starlight.

Izar, a human man, is on the cusp of an invention that will enable him to mine the depths of the ocean. His discovery will soon make him the richest man on earth—while threatening merpeople with extinction. But then, suddenly, Izar finds himself transformed into a merman and caught in a web of betrayal and intrigue. Meeting Coralline in the ocean, he decides to join her on her quest for the elixir, hoping it will turn him human again.

The quest pushes Coralline and Izar together, even though their worlds are at odds. Their pasts threaten to tear them apart, while a growing attraction adds to the danger. Ultimately, each of them faces an impossible choice. Should Coralline leave her fiancé for a man who might betray her? And Izar has a dark secret of his own—one that could cause him to lose Coralline forever.

Sonia’s guest post is in the voice of the protagonist, Coralline Costaria, a twenty-year-old mermaid who lives with her mother, father, and brother in the village of Urchin Grove. Below is what she writes in her diary about the evening her suitor Ecklon came over for dinner.

I can’t believe I didn’t pick up on any of the hints!

The first hint was when Father said, “This supper is a special occasion.”

But the eighth of July meant nothing to me. Mother had set the table with her finest limestone plates, though, which did suggest that it was an occasion of some sort. But it was not Algae Appreciation Day or Horrid Humans Day. It was not my birthday, nor was it Mother’s or Father’s birthday. That meant it had to be…Ecklon’s birthday—his twenty-sixth! His birthday would explain why he looked particularly handsome this evening, in a jet-black waistcoat with half a dozen large lettered olive shells forming a column of buttons down the center.

We hadn’t been together long enough to have celebrated his birthday together, but he had recently mentioned the surprise party his fellow detectives had organized for him last year. I had neglected to note the date.

How embarrassing that I forgot Ecklon’s birthday, especially given how he spoiled me on my own birthday, a few months ago. He took me to my favorite restaurant, Alaria, where he presented me with The Universe Demystified, the latest book by the stargazer Venant Veritate. (Like a telescope into the universe, The Universe Demystified opened brilliant new galaxies in my mind. Ecklon admires Venant just as much as I do, describing him as “the detective of the universe,” but I still can’t imagine how Ecklon managed to get the book autographed, for the stargazer is known to be just as reclusive as he is illustrious.)

It’s true that my wages as an apprentice apothecary at The Irregular Remedy are meager, but I could still have gotten Ecklon a pen as a gift, perhaps an engraved one, which he could use in taking notes during his investigations. In the absence of any gift, the least I could do was sing. Clearing my throat, I began:

Happy birthday to you

May you have friends old and new

May life jolt success your way

As grand as a manta ray

I smiled at Mother and Father across the table, encouraging them to join along, but Father’s dark-brown eyes squinted at me, and Mother gaped. Undeterred, I continued:

May your sight never fade

Nor your hair gray

Happy birthday to you

May this year all your dreams come true

“My birthday isn’t for another month, Cora,” Ecklon said, a smile tugging at the corners of his lips.

He had the gall to be enjoying my confusion. Well, I was confused no longer. If it wasn’t his birthday, there was just one other possibility that would make this supper a special occasion. But I didn’t want to be wrong again; hoping to obtain a hint, I asked, “How was work?”

“You got tenured, didn’t you?” I gushed.

If it wasn’t his birthday and he wasn’t promoted, what else was there to celebrate?

Sonia pushes the boundaries of imagination in her debut novel, The Oyster Thief, an underwater fantasy with themes of ocean conservation. The book has been endorsed by Jodi Picoult, bestselling author of My Sister’s Keeper, and Dr. Sylvia Earle, the world’s foremost ocean scientist. The first chapter can be found here. Sonia is also the author of Project Animal Farm, a work of critically acclaimed investigative journalism about the world’s food system. A skilled storyteller and speaker, she lives in Toronto. She will be providing exclusive content about The Oyster Thief through her website and monthly newsletter at www.soniafaruqi.com. 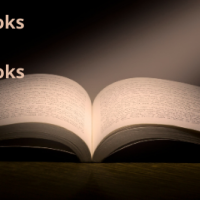